Your professional help to improve your written English

At the top of my list of useful resources for writers is Scrivener, which is a text editor and a personal information manager. You can use it to write a novel, a film script, a dissertation, a paper or an article, a blog …

On your computer screen Scrivener has three parts (you can hide the sidebars). To the left is the Binder, which is a list of your chapters or sections. To the right is the Inspector, where you can write a synopsis, make document notes, add links to useful websites, etc. You can also track the status of your manuscript in the Inspector.

The central part is where you write your text when you are in one of the chapters or sections of the binder. The central part can also serve as a corkboard with index cards, one for each section of your text. You can move the cards around by dragging and dropping and so rearrange your text. This means that you have a clear overview all the time and you can add or delete ideas as you wish.

You do not have to worry about forgetting to save your text. Whenever you stop writing, Scrivener saves the latest changes after two seconds of inactivity. You can also back up your text to, for example, iCloud or Dropbox.

Scrivener was created by Keith Blount, originally for Mac but there is also a Windows version. You can get the program here. It costs $45; students and academics pay $38.25. Upgrading from an earlier version is $25. One licence is valid for as many computers in your household as you like.

You can download a free trial version that you can use for 30 separate days – if you use it twice a week, it will last for fifteen weeks.

From Literature and Latte you can also get Scapple, a kind of mind-mapping tool for brainstorming. It is really versatile, and I could write a lot about it, but there is an instructive film on the company’s website, where Keith Blount shows how you can work with it. Scapple is for both Mac and Windows. A standard licence is $14.99; students and academics pay $12. For a free trial the same terms apply as those for Scrivener.

My third recommendation is Evernote. You create notebooks where you can write notes, add a screenshot of something you saw on the internet, store a photo or a voice recording, share content with others, etc. The basic version of Evernote is free; Evernote Premium costs SEK 65/month.

I want to stress that I am in no way affiliated with the above-mentioned firms and I do not get any money or other benefits for recommending these programs. They are my favourite programs; I couldn’t do without them. You should test them – they are really worth trying. You can find instructions and tips on how to use them on the internet. 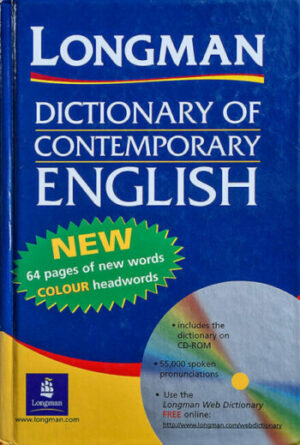 You are an expert in your field, but there will be times when you need to look up a word to make sure your English is correct.

The first resource that comes to mind if you are a non-native English writer is a bilingual dictionary. You use a German–English, an Italian–English, a Swedish–English, etc. dictionary. There are general wordbooks, but you may need a specialised dictionary. For Swedish writers the standard work is Ingvar E. Gullberg: Svensk–engelsk fackordbok för näringsliv, förvaltning, undervisning och forskning [A Swedish–English dictionary of technical terms used in business, industry, administration, education and research] (Norstedts, 2000). With over 200 000 headwords it is the largest specialised dictionary in Sweden. It is also available as internet subscription from ne.ord.se at SEK 29/month.

There are, of course, also dictionaries dealing with vocabulary in specific fields of interest such as architecture, economics, medicine, slang, technology, etc.

Monolingual dictionaries, in our case completely in English, give you helpful explanations of words. They are usually intended for non-native users of English and therefore the explanations are simple and easy to understand. Use them to check that a word you have chosen really has the meaning you intended. Here is an example from Longman Dictionary of Contemporary English:

Examples of such dictionaries are:

You can get printed dictionaries in your bookstore or at, e.g., Amazon, Bokus or Adlibris.

Printed dictionaries are expensive and are not regularly updated. You can find many useful resources on the internet. The dictionaries mentioned above are available online. The following are some other internet sites for your word search:

What if you cannot find a translation of the word you want to use? Ask an expert! Once when I had to translate a word that I could not find in any dictionary, I called the Swedish Coast Guard and asked how they said the word in English. Of course they could help me.

Which English should you use?

American English or British English? Or perhaps Oxford spelling? Does it matter which language you choose? Do your readers care?

Obviously, if you write for an American audience, you should write American English. And if you want to send a paper to a British journal, you should use UK English, which is another name for British English. Always check with the publisher or read the style guide of the journal. However, it is crucial that you are consistent and write your whole text in one and the same language.

When you write a doctoral thesis or a novel, the choice of language is yours. Only, as I said above, be consistent.

If you go for American English, use American spelling and write labor instead of labour, center instead of centre, catalog instead of catalogue, fulfill instead of fulfil, traveling instead of travelling, and so on. Use a z instead of an s in words like recognize and organization. (There are, however, some words that are always written with -ise or -yse – read more about them here.)

American English uses the serial comma, which is the comma that is placed before and or or in a series of words. An example: Horses, cows, and sheep are farm animals. British English does not use this comma.

There are also differences in vocabulary. The American apartment is a flat in Britain, Brits walk on the pavement, while Americans use the sidewalk. And when you are angry in Britain, you are mad in America – to a Brit mad means crazy. When something is quite good it is very good in America but only fairly good in Britain.

If you have any questions or comments, use my Contact page.

English is the most widely used language in the world. It was spread first through migration (mainly to North America, South Africa and Australia) and later, when the British Empire expanded, through the colonisation of Africa and Asia. When the English language came into contact with local languages, there grew new varieties, which now are called World Englishes.

American English differs from British English as well as from Australian English. There are even different Englishes in Britain; besides Standard English we find Scottish English, Cockney, Kentish, Scouse (Liverpool), Geordie (North East England) and others. The USA has General (or Standard) American English as well as varieties such as African American, Western, Mid-Atlantic and North Central English.

We can also speak about World English (in the singular), referring to the lingua franca, the common language used in communication all over the world between people who speak different native languages. In fact, most users of English in the world do not have English as their mother tongue but use it to communicate with other non-native (and, of course, also native) English speakers. Naturally, a speaker’s English will be affected by their native language when it comes to vocabulary, idioms, grammar, etc. So you can hear Chinglish (in China), Franglish (in France), Honglish (in Hong Kong), Singlish (in Singapore), Swinglish (in Sweden), and so on.

There are two challenges facing you as a non-native English writer. One is knowing which English to use. Usually your choice would be between British and American English. The other challenge is avoiding too great an influence from your own language. We will deal with those challenges later on in this blog.

Why do you need a copyeditor?

Even if you feel that your English is good, your text can always be improved. You have worked on your manuscript for a long time and know what you want to say, but it is difficult to see mistakes in your own text. Your brain knows what you want to convey and that competes with what you see when you read your text. An objective reader will have a fresh perspective, and a professional copyeditor knows what to look for.

In an academic setting, accuracy is a must. In research, attention to detail is taken for granted. A flawed manuscript will not be published. Not surprisingly, it is easier for writers with English as their mother tongue to have their papers accepted; the acceptance rate for non-native writers is much lower.

In business, correct English is just as crucial – language errors in advertising, in manuals, in customer correspondence or on a website will be noticed and will affect the company’s reputation negatively. That is why you need a copyeditor!

No matter how long or short your text is, I will help you refine it. Whether it is a doctoral thesis, a research paper for a journal, a manual, a cover letter or your website, your English will benefit from copyediting. The whole process will be done in close collaboration between you, the writer, and me, the copyeditor.

Via the Contact page you can let me know your specific needs.

Theme by Anders Norén — Up ↑